HOW COME, YOUR HOLINESS? PLEASE EXPLAIN - BUT YOU WON'T

To comment please open your gmail account or use my mail address or Messenger. Significant Facebook comments on matters of faith and morals will also be posted on this page. 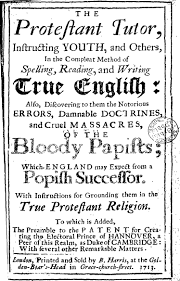 The Traditional Latin Mass was celebrated on Christmas Day in Hawke's Bay in a garage, in an undisclosed location in the heart of the country. The congregation wore smiles instead of masks. No one was asked for a vaccine passport and none could have produced such an odious object anyway.

But Catholics in good standing with the Church who lacked an 'MVP' - meaning they reject the highly dubious benefits of an abortion-tainted injection - were turned away from the Novus Ordo Missae ('New Mass') all over New Zealand.

A priest in the Wellington Archdiocese reportedly called the police to evict an elderly couple who failed to produce passports. They and an old woman hiding in her car for fear of arrest were consoled by a good Samaritan, who said that when he explained the situation, the police hung their heads in shame. Yes: "oh the shame, oh the ignominy"  which surely should be borne by all NO Massgoers.

How come, Your Holiness? How come Joe Biden and Nancy Pelosi, world champions of abortion, are welcomed to Holy Mass, and faithful Catholics who refuse an abortion-tainted injection are evicted?

How come Pelosi gets welcomed to the Vatican during a US-wide campaign of prayer and fasting for her repentance for her mission to codify Roe v Wade, if not to show your support for her loathsome politics and snub Archbishop Cordileone (literally "lion-hearted") of Los Angeles, and all the believing US Catholics who plead with God for her change of heart?

And how come, Your Holiness, that you cancelled the Traditional Latin Mass - which will continue to flourish underground if necessary - which bars no one from attending Mass but will not knowingly allow anyone to commit the sacrilege of receiving Our Lord in the Eucharist in a state of serious sin?

The answer to the first question depends on the answer to the second - which is that Jorge Mario Bergoglio is committed to the holocaust of the innocent unborn because he works for the father of lies, who promotes death and depopulation as something to strive for. And so to serve his dark master like the rest of the globalists, Bergoglio must strive to eliminate the Traditional Latin Mass, the Mass of Ages which engenders that life lived to the full brought by our Lord and Master to believers in the sacrament of the Eucharist.

You have to feel sorry for the thousands of 'good Cathollcs' who against all their natural instincts - that is, against the knowledge of good and evil which God implants in every human heart - are dutifully masking up for Mass in the NO Church and bending the metaphorical knee to the goddess of Covidiana, Her Royal Kindness Jacinda Ardern, and closing their eyes to the outcasts who obediently shuffle off to the hall or the foyer or whatever to protect the 'communidy' from the flu.

What are they THINKING of, allowing their PP to insist his flock reveal their personal medical status? What business is it of his, or the bishops, or the Pope?

You have to pray for these people and their priests. Flat out. Problem is, the best prayer by far is the Mass and the outcasts aren't allowed in: Father is cutting off his nose to spite his face. His problem is that he may well be cutting off his whole self from eternal life.

Thank God, we cerean still pray the Rosary and we should do it in public. Do it before things get really nasty. As in Ireland, wh it's now a criminal offence to hear Confessions - for the confessor and the penitent.

They prayed the Rosary before Mass in that garage yesterday in the heart of the country. There was at least one babe in arms present, and little children, parked on hard chairs on a concrete floor facing a portable altar. They were so quiet - maybe straining their ears to hear the rooster which crowed intermittently nearby.

And outside there was a confessional with a prie-dieu in an impromptu grotto, and penitents knelt there for absolution. 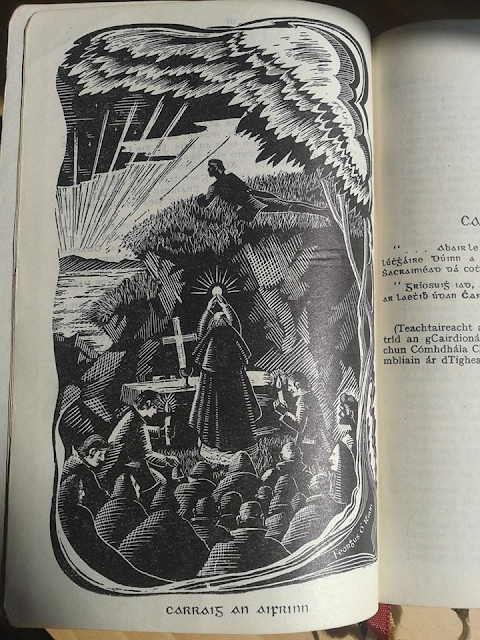